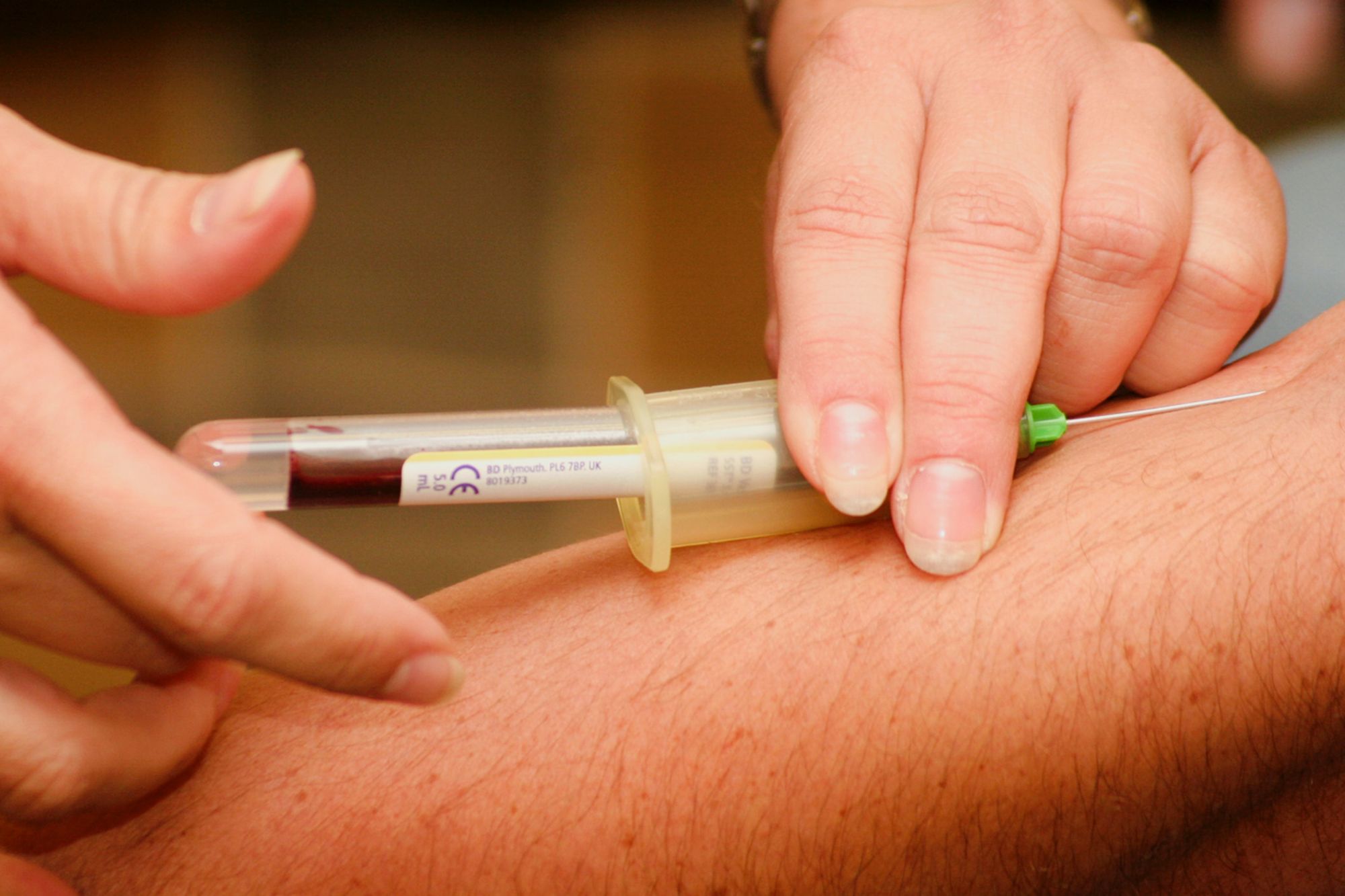 Myelodysplastic Syndromes (MDS) are a group of disorders in which the bone marrow fails to produce healthy blood cells. The poorly-formed blood cells may not work properly and can cause a wide range of symptoms (depending on which specific type of bloods cells are affected).

MDS is classed as a form of blood cancer, and several different types of the disease have been identified depending on the type of blood cells involved. Most cases of MDS can cause a shortage of blood cells, leading to anemia. However, it may also affect the white cells, the platelets, or some combination of the three.

The early stages of MDS are typically symptom-less, and the condition is often detected when a routine blood test reveals a low blood cell count.

When MDS symptoms do eventually develop, their nature often depends on which type of blood cells are involved:

A low red blood cell count causes anemia, which is characterized by the following symptoms:

A reduced white blood cell count (neutropenia) compromises the body’s ability to fight infection, and may lead to:

The World Health Organization (WHO) has identified six different subtypes of MDS based on the type of blood cells involved 1.

MDS with Unilineage Dysplasia - This form of MDS involves just one type of blood cell (red blood cells, white blood cells, or platelets). The affected cells will be low in number and appear abnormal under a microscope.

MDS with Multilineage Dysplasia - This form of MDS is characterized by two or more types of abnormal blood cells.

MDS with Excess Blasts - This type of MDS is further divided into two types (type 1 and 2). In both, any of the three types of blood cells may be low in number and appear abnormal under a microscope. This form of MDS is characterized by the presence of blasts (very immature red blood cells) in the blood or bone marrow.

Unclassifiable MDS - This form of MDS is uncommon, and causes reduced numbers of one of the three types of blood cells. Either the white blood cells or platelets may look abnormal under a microscope.

Regardless of subtype, MDS may be further classified as primary or secondary MDS 2. Primary MDS is by far the most common of the two, accounting for 80% of all cases. In primary MDS, there is no apparent risk factor or cause of the condition.

While there are known risk factors for MDS (as discussed below), the cause of the condition is often unknown.

This leads to a shortage of one or more types of blood cells in the body, resulting in a variety of symptoms that significantly impact the quality of life of patients with this MDS.

Though the exact causes of MDS are not yet understood, scientists have identified several genetic mutations linked to this group of syndromes. These mutations usually affect several different genes found in bone marrow cells, and can be inherited. More often, these mutations accumulate over a person’s lifetime, either at random or as a result of exposure to tobacco smoke, radiation, chemotherapy drugs or certain chemicals 4.

Researchers have identified several risk factors for the development of MDS:

Age - MDS is usually diagnosed in people over the age of 60. The condition is uncommon in younger people and rare in children.

Gender - Men are slightly more linked to develop MDS than women, and are less likely to survive than female patients 5.

Exposure to Certain Chemicals - Long-term exposure to certain toxins (including tobacco smoke, insecticides, benzene and other chemicals) may increase your risk of developing MDS.

Genetics - Several genetic mutations have been identified in association with MDS. These mutations may be inherited (passed on from parent to child), although more often accumulate naturally over the course of a person’s life. This may explain why MDS usually affects older people.

Complications of MDS can have a significant impact on a person’s level of health, and may include:

Recurrent Infections - White blood cells are the cells of the immune system, so having too few of them compromises the body’s ability to fight infections. People with MDS are at greater risk of developing pneumonia, gastrointestinal infections, skin infections, sinus infections and urinary tract infections.

Excessive Bleeding - Reduced platelet numbers can stop the blood from clotting, leading to excessive bleeding even in cases of minor injuries.

Anemia - Anemia is a condition caused by low numbers of healthy, red blood cells, and is a common complication of MDS. Symptoms of anemia include fatigue, shortness of breath, heart palpitations, hair loss, pale skin and chest pain.

Increased Risk of Cancer - Around one in three people with MDS will develop a form of blood cancer called acute myeloid leukemia (AML), which is a cancer of the bone marrow. Patients with advanced MDS are at far greater risk of developing AML than those in the early stages of the disease.

If you are exhibiting signs and symptoms of MDS, your doctor will first perform a physical examination. They will also ask you to describe your symptoms, personal medical history and family medical history.

Your doctor will also perform a series of tests to aid their diagnosis. These tests may involve an analysis of the blood, bone marrow, or genes 6.

Blood tests for MDS are used to check for two things: the numbers of different types of blood cells, and their appearance under a microscope.

Both bone marrow aspiration and bone marrow biopsy are usually performed on an area at the back of the hipbone. The solid and liquid samples are then analyzed to determine what percentage of white blood cells, red blood cells and platelets they contain.

Certain chromosomal abnormalities in blood and bone marrow cells have been identified in connection with MDS. A chromosome test can be used to identify the tell-tale abnormalities that could indicate a case of MDS, and will help your doctor to rule out other blood disorders.

In most cases, MDS cannot be cured.

Currently, the only way to cure the condition is with bone marrow stem-cell transplantation 7. However, this is an intensive treatment with potentially life-threatening side effects, and is often unsuitable for older adults (who represent the vast majority of MDS patients).

Therefore, treatment for MDS typically focuses on symptom management, slowing down disease progression and heading off potential complications (such as bleeding and infection).

There are several medications that can help to manage the symptoms and progression of MDS, some of which include:

Bone marrow transplants are the only way to cure MDS. However, the procedure may have significant side effects, which makes it unsuitable for the majority of MDS patients.

Certain forms of MDS cause a low white blood cell count and can make patients more susceptible to infections, which may be recurrent and potentially life-threatening. People with low white blood cells counts can reduce their risk of infection by adopting certain lifestyle choices, such as:

At Clara Health, we have our own patient-focused database for Current MDS Clinical Trials to help you match with a study that best fits your life situation!

Clara Health is a healthcare platform that was established to help patients in finding relevant research clinical trials. We believe that every patient should have the power to access the most advanced healthcare treatments available and we are on a mission to make this process as seamless as possible.

Want To Learn How We Can Help?